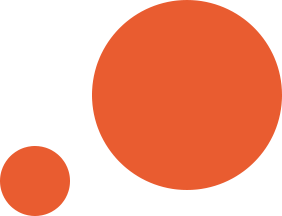 It gets difficult for the NRIs to manage their finances in India. They face challenges in keeping up-to-date on the amendments or new introductions of laws or regulations that may affect their tax liabilities and in remaining compliant with the ever-increasing compliance requirements. KMS is one of the leading NRI taxation services providers in Ahmedabad. KMS’s tax team of proficient and expert professionals guide the NRIs in all such processes and compliance issues. We have an incredible experience in handling matters related to income tax for NRIs, including their tax planning, tax return filing, compliance with various laws and transactions, purchase and sale of the property, and liaisoning services. We assist our clients by providing NRI Income Tax Services.

NRIs are required to file IT returns in India owing to any income earned in the country. Their income is exempt from most of the taxes. Our team’s comprehensive understanding of the NRI taxation services facilitates better services to them in terms of preparing and filing of non-resident Indian income tax returns.

As a part of our NRI Income Tax Services, we help our NRI clients in handling their property and other investments in India to save their time investment in financial management in India: We provide our expert NRI taxation consultancy services in handling their tax matters and compliance. KMS aims to maximize the wealth and value of its NRI customers, and hence we provide the required commercially focused tax advisory services. We understand the non-resident individual’s business or job, the investments, and customize our solutions based on their requirements. We adopt a results-oriented approach to optimize tax following the NRI taxation regulatory framework.

Khandhar Mehta and Shah
for a journey beyond excellence.
knowledge. Experience.  Teamwork.

Being one of the famed CA firms in Ahmedabad, we always focus on giving our clients the best in class services that reflect our values and vision of transparency, flawless, and professional work. Visit our CA website to understand and know more about our services and our company. Choose us for your business as the best deserves the best.

Get in Touch with Us

Our NRI Taxation Services include liaisoning services for NRIs intending to set up a branch office or liaison office in the country under RBI permissions. Our team of NRI tax consultants has a good experience in handling such transactions – starting from understanding the right structure for the overseas company to the actual set-up of the company’s operations in India. We help them in devising the India Entry strategy and liaison with various authorities to ensure compliance with all the statutory registrations. We assist all our foreign clients in the evaluation of structuring options, selection of the best option based on their goals and economic situation, fulfilling related approvals, documentation, and attestation requirements, and annual compliance matters.

NRIs who inherit assets in India, who intend to set up base in the country, returning NRIs, and the new NRIs find the taxation matters complicated and time-consuming as they do not understand the exemptions, deductions, and mandatory requirements. Our team of professional, well-read, and proficient NRI taxation consultants helps our NRI clients in proper tax planning to minimize their tax liability in the country. We also provide professionals help to the NRIs who either intend to liquidate the inherited assets in India or repatriate the sale proceeds of the same to them or manage it otherwise to achieve tax efficiency and reduction in the tax amount. Tax planning is also a critical aspect for NRIs who intend to return to India and first-time emigrants, and it is one of the core components of our NRI Taxation Services.

In addition to all the taxation-related services for NRIs, we provide other professional services that include: What do our clients say about us?

I have been associated with KMS for the last four years when I shifted my base out of India. The depth of their knowledge and experience in handling tax planning, compliance, and IT returns filing for me gives me immense satisfaction. They have assisted me in all kinds of transactions, including but not limited to purchase and sale of properties, tax filing, repatriation of funds to India, minimizing my tax liability amounts, and many others. I would recommend KMS to anyone and everyone looking for NRI taxation services.
Mr. Kapil Modi
The NRI tax team of committed and diligent professionals in KMS has impressed me a lot. They have handled all my transactions related to NRI taxation matters for the last two years when I got a job in the UK. Specifically, their professional support in the purchase and sale of property in India has lifted the burden from my head. They have also been handling my tax planning, providing the best investment decisions to reduce my tax liability.
Mr. Shivam Dave
KMS and its team are very knowledgeable, thorough, professional, and proficient. They handhold you through all the processes of NRI taxation with utmost clarity. I believed in them for my taxation matters when I landed a job outside India, and I continue to do so. No question on their NRI income tax services. It is the best!
Mr. PQR

Who is a resident of India?

An individual is said to be resident in India if he/she satisfies the following conditions:

In the second bullet point, 60 days is replaced by 182 days in case of an Indian citizen or a person of Indian Origin coming on a visit to India or 182 days in case of an Indian citizen going abroad for employment during the previous year. Here, a person is considered to be of Indian Origin if he/she or either of his/her parents or any of the grandparents, was born in undivided India. A company is a resident in India if it is an Indian company or during the previous year, the control and management are situated wholly in India.

Who is an NRI?
An individual who is not a resident of India is a Non-Resident Indian (NRI).
What are the incomes that are exempt for NRI?

Following incomes are exempt from tax in the hands of an NRI:

What is the difference between ROR and RNOR?

If even one of the above conditions is not satisfied, then he/she is considered as RNOR.